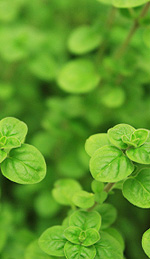 The Greeks called it “joy of the mountain,” and the Italians called it “flavor enhancer”, and it eventually became a signature ingredient in Italian recipes. Oregano has been used by tribal healers for over 5,000 years. Ancient medicine men believed oregano could eliminate dangerous fungi and bacteria as well as eliminate pain and inflammation. The Greek goddess Aphrodite reputedly created oregano as a symbol of happiness, so bridal couples were crowned with garlands of oregano, and the plants were placed on tombs so the departed could find peace in the next life.

Modern researchers have discovered numerous benefits when oregano oil is used in food recipes because it has the ability to stop the growth of microbes, which can cause several gastrointestinal issues. That ability has made it one of nature’s finest preservatives. The mineral and vitamin content of oregano oil is impressive, with iron, potassium, calcium, zinc, boron, magnesium, copper, and manganese being the main minerals, and vitamins C, A (beta carotene) and niacin enhancing the mineral content.

It’s not just the minerals and vitamins that make oregano oil such an important antiviral, antimicrobial, and anti-inflammatory substance – the compounds within the oil produce some amazing qualities, too. The carvacrol in oregano oil is effective against salmonella, Escherichia coli, and Listeria monocytogenes. The thymol has antiseptic properties, and the terpenes in essential oils are found in several plants and flowers, and these oils also have antibacterial properties.

The rosmarinic acid in the essential oil has antihistamine and antioxidant properties, plus it can reduce free radical cell damage, which lowers the risk of cancer and atherosclerosis. The naringin in oregano oil is a powerful antioxidant. It can inhibit cancer cell growth, and the tocopherols like vitamin E found in the oil are incredible antioxidants as well.

All of the chemical compounds in oregano oil help it produce amazing aromatherapy results. This ancient oil helps the internal as well as the external cells function normally. According to Heinerman’s Encyclopedia of Fruits, Vegetables and Herbs, oregano oil can help reduce fevers, bronchitis, cramps, childhood diseases like the mumps and measles, and it also helps regulate irregular menstruation. One of the most important uses for oregano oil is to prevent cell damage caused by free radicals, which are unstable oxygen molecules that steal electrons from other molecules.

The antiviral properties of oregano oil go hand-in-hand with free radical control. Viruses attack damaged cells and take control and destroy them. The essential oil helps the immune system destroy the viruses so the cells can regenerate and begin to function normally. Using oregano oil to fight viral, bacterial and fungal infections is as easy as inhaling it in a steam bath or straight from the bottle. Oregano oil also exhibits a powerful synergy when blended with other antimicrobial and antiseptic oils such as lavender, camphor, thyme, and peppermint.