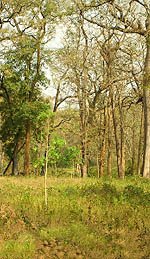 Ayurvedic medicine is a very ancient form of Indian healing which is truly impressive in its complexity and scope. Western medicine has taken a large portion of the knowledge found in this Indian wisdom, and applied it to the development of medicines and techniques that can relieve illnesses that destroy quality of life for millions of people around the world. For example, new Western studies show that sandalwood oil, especially the chemical compound a-santalol, has a dramatic impact on systolic blood pressure, skin conductance, and pulse rate.

The Chinese have used sandalwood oil for over 5,000 years. The calming effect and mental clarity that this oil offers have been written about in India and China for as long as people have sought liberation through the practice of meditation. The aroma of sandalwood oil increases focus and devotion, and when it is combined with other essential oils, it makes it easier to suppress sexual desire and maintain celibacy. This property was valued by 15th and 16th-century monks, who always made sure to keep a stock of the plant in the medicine chest.

Sandalwood oil comes from the Sandal tree, which grows in the forests of Karnataka, as well as Kerala, Andhra Pradesh, and Tamil Nadu. It is also native to the Timor Islands of Indonesia. Cultures in this part of the world have known about the therapeutic properties of sandalwood ever since humans were drawing on cave walls.

Sandalwood oil develops in the roots and in the hardwood of the tree, so 20 to 30-year-old trees are uprooted in the rainy season to harvest the oil. Most experts say the best sandalwood essential oil comes from Tamil Nadu and Mysore in India because sandalwood plantations there are controlled and regulated by the state government.

The powdered wood of the Sandal tree may be co-distilled with other oils such as rose and vetiver to create traditional attars that have been used as perfume for centuries. While the distilled Sandalwood oil blends well with anything, it is particularly lovely with heavy, rich, earthy or woody oils such as patchouli, cedarwood, frankincense, and labdanum. When the oil is blended with ylang-ylang it is renowned for its aphrodisiac properties.

The sweet, woody, and rosenacious aroma of sandalwood oil has restoring, relaxing, disinfecting, astringent, soothing, and calming qualities. The antidepressant, astringent, disinfectant, diuretic, expectorant, sedative, tonic and stimulant properties of the oil make it a great a urinary and pulmonary treatment, as well as a skin cancer preventative.

A study in the 2008 issue of Anti-Cancer Research explains how sandalwood oil can prevent skin cancers caused by toxic chemical exposure and UV radiation. Sandalwood oil is also used to improve sleep in aromatherapy sessions. The oil is added to several skin lotion formulas to hydrate dry skin. The aromatherapy oil is high in compounds called sesquiterpenes, which interact with the limbic region of the brain and the pineal gland. The pineal gland is the center where emotions formulate, and where the spirit meets the brain. Sandalwood oil therapy produces a refreshing as well as clear state of mind. It helps connect the non-physical consciousness with the physical consciousness.

This essential oil has been instilling a sense of inner unity in humankind for centuries. Nowadays, people from all over the world are turning to sandalwood to focus better in this reality as well as to open doors to other realities.