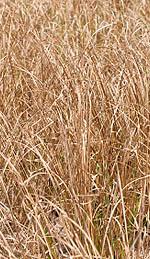 Admirers of the patchouli bush say it is the most distinct herb in the botanical kingdom in terms of fragrance and aroma. One whiff of patchouli oil is forever embedded in the olfactory memory. The bush has an impressive list of long-distance relatives that include rosemary, lavender, and other aromatic plants that grow in the temperate regions. Patchouli likes the steamy jungles, while its cousins prefer the Northern Mediterranean.

Botanists in the Philippines were the first group to write about patchouli. That was in 1845, but the oil had been used for centuries. The bush flowers, but it does so reluctantly. The hairy stems distinguish it from Java patchouli, which has smooth stems and flowers.

The oil from Java patchouli has an inferior aroma, but it does show up as an essential oil, so it is important to recognize the difference, especially when the oil is being used to treat thyroid issues or to regenerate damaged cells. Herbs labeled Pogostemon cablin may actually be Pogostemon heyneanus, which is not as potent.

Asian cultures have been using patchouli oil as a moth repellent for centuries. The Europeans followed suit in the 19th century. The aroma of the oil gave oriental goods a mark of distinction back in those days, and the perfume industry started using it in the mid-1800s. Sneaky London merchants started to use the herb to scent domestic goods so they smelled like expensive imported merchandise.

Adulteration is less common with patchouli oil; it’s easy to cultivate and the yield is better than with many other essential oils. There is a temptation to dilute, and a strong cedarwood smell or a spicy clove scent may indicate that the oil has been tampered with, especially when demand outweighs the supply.

An aromatherapy oil blend of patchouli, jasmine, ylang-ylang, sandalwood, rose, and vetiver can inspire clarity and a harmonious flow of energy that interacts with thyroid glands and balances hormone secretion. When patchouli oil is combined with clary sage, rose, lavender, neroli, and geranium the regenerative properties of the oil are triggered. Wounds heal faster, the immune system is reinforced, and damaged cells in the organs are brought back to normal or new cell growth occurs.

The intriguing properties of this thick, sticky, viscous and slow-to-volatize oil get better with age, so aromatherapy treatment can take place years after the oil is distilled. The benefits in terms of thyroid stimulation and skin regeneration will be as good as or better than they were when the oil was first prepared.