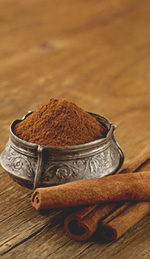 Ancient texts list cinnamon as an important ingredient in incense and in perfume making over 4,000 years ago. The Egyptians used it every day thanks to its irresistible aroma and taste. The Hebrew Bible mentions cinnamon several times. Moses said the oil should be used in the holy anointing, and the Book of Proverbs mentions it as a perfume for a lover’s bed. Cinnamon was also a component in Hebrew incense (Ketoret), and it was described in the Hebrew Talmud as Haketoret.

Cinnamon bark oil has always been a highly prized gift; it was given to monarchs and even gods like Apollo to express appreciation. Middlemen kept the source of cinnamon a secret in the Mediterranean region back in the early days because spice trading from Asia was so lucrative. They wanted to protect their monopoly at all costs, and that strategy worked for years until the versatility of the oil continued to expand.

Cinnamon is native to Sri Lanka, but Vietnam, India, and Madagascar also cultivated cinnamon and steam distilled the inner bark to produce the essential oil. The Dutch gained full control of the cinnamon business in Sri Lanka in the late 18th century, but by that time other countries were cultivating the trees so the monopoly that existed for years was rapidly dissolving.

Sri Lanka still produces 90% of the world’s cinnamon. China, India, and Vietnam also produce substantial amounts of the spice, but the species are different, which means there is a distinct difference in quality when the bark of those trees is steam distilled.

The effects of cinnamon bark oil as an antiseptic have been overshadowed in recent years by other uses, like covering the disagreeable aroma of other oils as well as for relieving stomach cramps and other digestive issues.

Essential cinnamon oil has powerful antioxidant qualities as well as important antimicrobial properties, so the antiseptic uses for the oil continue to amaze people who have not been exposed to any sort of aromatherapy treatments.

Recent research suggests that cinnamon oil impacts cell activity, and an anti-melanoma response results at the cellular level. More research is needed to support recent findings, but the preliminary results suggest cinnamon may provide a chemopreventive factor in colorectal carcinogenesis.

The oil from Chinese cinnamon is also playing a part in the treatment of type 2 diabetes. Cinnamon essential oil continues to help alleviate human issues like bad breath, common cold prevention, and an assortment of antiseptic and antimicrobial issues.